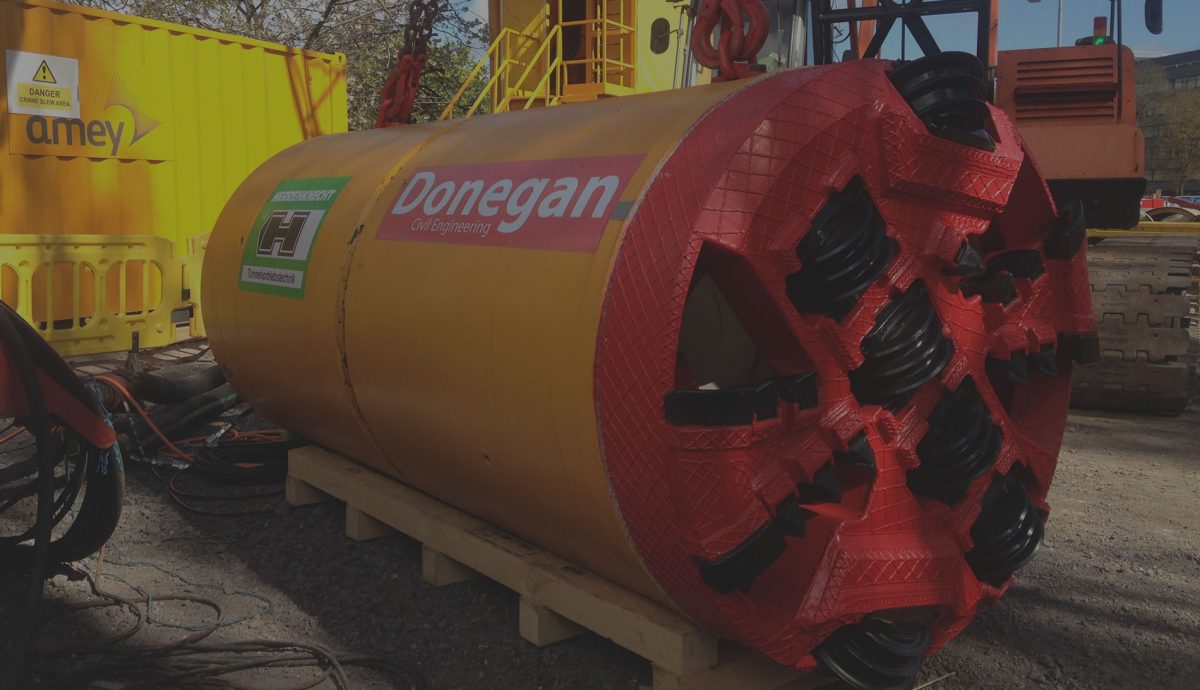 The aim, needs and function of the transfer sewer include general upsizing and replacement, (sewer) flood alleviation, in-line (sewer) detention and storm storage, and water quality improvements to local rivers and burns, including the White Cart Water, and Espedair Burn.

Overall the contract consisted of the Installation of 1.6km of pipeline designed as a new strategic transfer sewer running through Northern, central and Southern Paisley, Renfrewshire.

Other works on the project (carried out by others) included abandonment of existing CSO’s and the construction of new screened CSO chambers and subsidiary connection pipework.

The scope of the works for V.J. Donegan was to undertake all tunnelling sections of the project consisted of 1.5 KM of sections varied in diameter and consisted of 1000mm/1200mm/1500mm diameter micro tunnel pipe jacks.

In all 13 pipe jacks were undertaken including crossings under roads, highways, rivers and a rail crossing underneath the Paisley Canal Line.